2021-09-03
According to the operation mode, there are two types of mixers: circular operation type and continuous operation type.
The three processes of circular feeding, mixing and unloading are carried out at a certain time interval, that is, mixing by parts.
Because all kinds of materials are accurately weighed, the mixing quality is good. This type of operation is mostly used.
The above three processes of continuous operation are carried out continuously in a long cylinder. Although its productivity is higher than that of circular operation, the mixing quality is poor because the mix proportion and mixing time of each material are difficult to control.

Classification by mixing method
There are two kinds of mixing methods: self falling mixing and forced mixing.
The self falling mixer is to put the mixture in a rotating mixing drum. With the rotation of the mixing drum, the blades in the drum lift the mixture to a certain height, and then drop it freely by self weight. Do this again and again until you mix well. This mixer generally mixes plastic and semi-plastic concrete.
The forced mixer is that the mixing drum does not move, and the forced mixing is carried out by the blades arranged on the rotating shaft in the drum. The mixer has good mixing quality and high production efficiency; However, the power consumption is large and the blade wear is fast. It is generally suitable for mixing dry and hard concrete.

Classification by device mode
According to the device mode, the mixer can be divided into fixed type and mobile type.The fixed mixer is installed on the prepared foundation, and the whole machine cannot be moved. It has large volume and high production efficiency. It is mostly used in mixing plant or mixing plant.
The mobile mixer itself has running wheels, small volume and light weight, so it has good motor performance. It is applied to small and medium-sized temporary works.

The types and characteristic of the air dryer 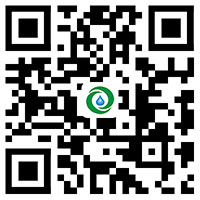